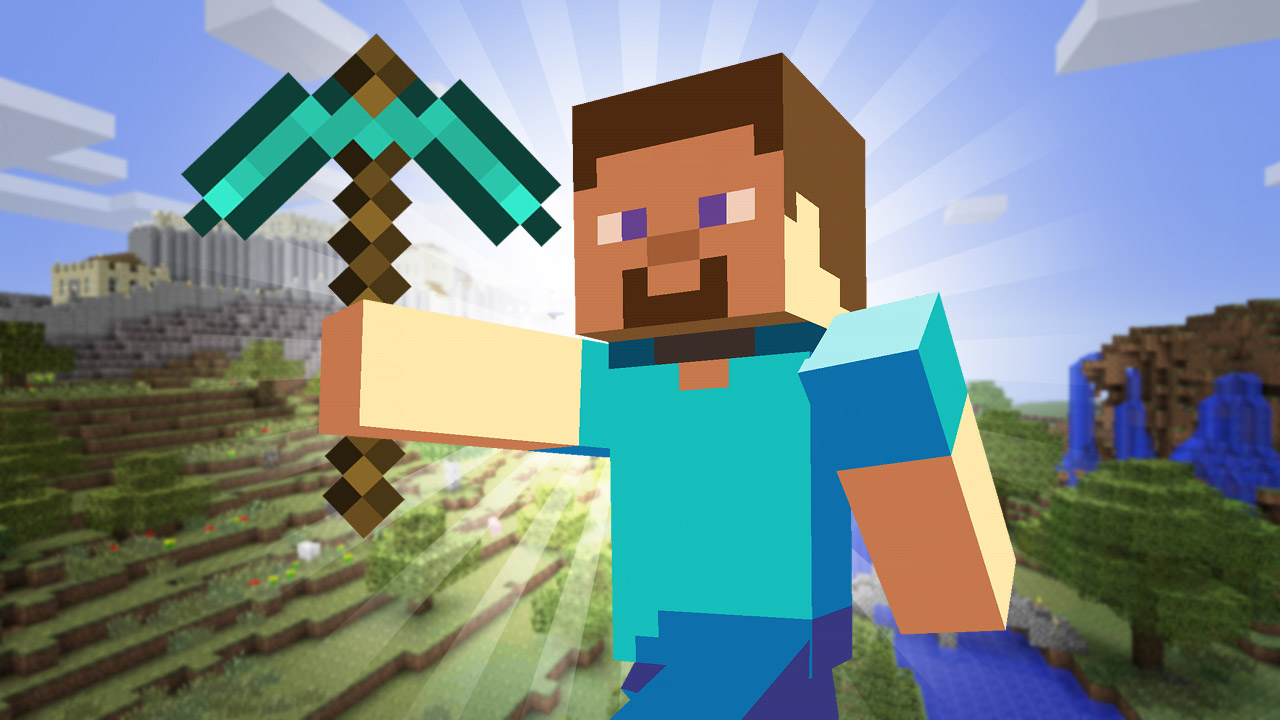 My kids, like so many others their age, have been fans of Minecraft for years. Especially with a pandemic going on – and in our case, moving away from friends during 2020 – they have really loved being able to use Minecraft servers as shared playgrounds.

In this post I’ll break down how I’m running them with docker, which has made it incredibly easy to roll with their ongoing requests.

It all started really innocently.

Eldest Child: Hey Dad, can you set me up a vanilla Minecraft server for my friends and I?

Me: I’m sure that won’t be too painful.

I just ran this docker command in the terminal and …

… it worked! Minecraft server was up and running on our home machine, a silent and bulletproof Intel NUC which has been my utility server for years.

I’d found itzg/minecraft-server, a really complete and excellent wrapper for Minecraft by Geoff Bourne. It supports not just vanilla Minecraft, but a dizzying array of other ways you can run it, with different server implementations, mod types, and more.

Geoff also has created some other tooling I’m using, like docker-mc-backup, that we’ll get into as well. A massive thanks to him and the contributors to that family of open source projects, it’s been a lifesaver.

So, it’s really easy to be up and running! I just had to forward a port through our gateway, and my son and his friends were happily both mining AND crafting, with literally one command line entered.

Let’s unpack the docker command a bit more to see what it actually does:

This is a pretty good start!

But … the story didn’t end there.

Making it better with docker-compose

For single hosts, it’s still hard to argue that you get much value from a container orchestrator like kubernetes or nomad. (Though there are helm charts available if you are so inclined.) However, it was not ideal to keep running variants of the command line every time the kids wanted to tweak something.

So for things like this, I (still) use docker-compose. It’s really simple to run if you already have docker installed – you can run it as a container itself, with a tiny shell script wrapper. (Install Docker Compose As A Container). And since it’s a well-understood format, you can translate it – automatically in some cases – to other container orchestrators if needed.

All you need to do is:

You can see my full minecraft.yml file in my public github repo.

As you can see, basically the same, but with a few extra variables set, like the MOTD which shows up in the server list when you try and connect from the client.

To run this, because it’s in a broken out yaml file (minecraft.yml) so the minecraft bits can be managed without juggling all the other things running on the host, you have to run

or whatever other command you’re running. This is a lot of typing, so I add aliases to my shell like

After they played on vanilla for a while, the requests started to get more exotic. YouTube, a blessing and a curse for the modern dadmin. How about some resource packs? What about a forge server with WorldEdit and the create mod?

This is the server getting the most action at the time of writing, they are attempting to recreate as much of Disneyland as they can. Extra Pandemic Points, make your own virtual version of a theme park you can’t visit, together with your friends you also can’t visit!

It’s basically the same as before, except the port on the physical host is different, there’s a different storage path on disk, we’re giving it more memory because apparently mods are like cookie monster when it comes to RAM, and it’s running a Forge server.

It can’t be stated enough how nice it was to get a request for a forge server, and to be able to have it up and running in a few moments.

In fact, writing this post provided a great example of why this stack is so nice. I had been running things in an alpine java15 container, which I noticed today is, acoording to the README.md, now deprecated in favor of the java15/Debian version.

All I had to do was:

and 4 servers came right up, running different OS’s, and ready for the kids to play.

Adding Backups to the party

The minecrafters are putting a huge amount of time and love into these creations. I really want them to be safe against all kinds of badness, including

So, itzg to the rescue again – at least for now – with itzg/mc-backup.

Here is how it works:

Since all the different minecraft servers are set to store their data in the same directory tree on the disk, they can be backed up as a unit.

This isn’t perfect – which is why the “for now” – because mc-backup is designed to work only with a single server instance. It didn’t make sense to run a backup process for every container I’m running, but mc-backup has a handy feature where it uses rcon to turn off/on the server’s saves. If you tell the server not to save while it’s being backed up, it ensures that the world is in a consistent state. So, for now, it’s pointing at just one of the containers.

There are several modes you can run mc-backup in. Here’s my configuration:

Ok! Quite a bit to unpack. I’m using BACKUP_METHOD=restic, which means it’s using restic internally. If you’re not familiar with restic, it’s great! They call it “backups done right”, and after a few years of using it, I agree. For our purposes, some of the nice things to note are:

It’s important to note all the variables in curly braces, like ${AWS_ACCESS_KEY_ID}. Those are all set in a file named .env in the same directory as minecraft.yml. This means I can have different versions of that on my laptop, for testing, vs on my home server itself. I don’t want to hear the wails and lamentations of my children when they can’t get to the server during the magic windows when they and their friends have screen time. It also means all that sensitive data can be kept out of source control.

(I actually keep contents of files like that in 1Password’s secure notes. It works well enough for home use.)

For s3, I had a bucket for backups already set up, so it was just a matter of making a new IAM user with a custom policy allowing it only the access needed by restic:

Effectively, you can list this bucket, and Put/Get/Delete objects into a specified “subdirectory” in the backup bucket.

In the composer file, this container actually has two volume mounts:

The one mounted to /data is where this container looks for source data. It’s mounted :ro (read-only) which is really helpful. The backup container cannot change the data in any way, only read a copy of it for backing up.

So, I attached a second volume mount for recovery. Because you’re not really adulting until you’re backing up AND testing that you can restore from your backups. (And monitoring your backup job, ok, that is on the short list.)

What’s nice about this setup is that you can connect to the running container and run a shell – which, because of the environment variables being loaded up, already has the needed credentials, paths to the s3 bucket, and so on.

You can restore the whole archive or, in the case of a single server’s world needing to be rolled back, just the specific directory you need.

Conclusions and next steps

This has been a very productive, safe, and fun setup. I love being able to say “sure!” when they want to try out a new mod or server type, and more often than not have it just work. And having good (tested) backups as a safety net makes everything feel more stable.

The next steps are to make things even more buttoned up:

Thanks for reading, and let me know your favorite mods or other ways you run Minecraft servers like an adult!

The cover image "minecraft" by downloadsource.fr is licensed under CC BY 2.0